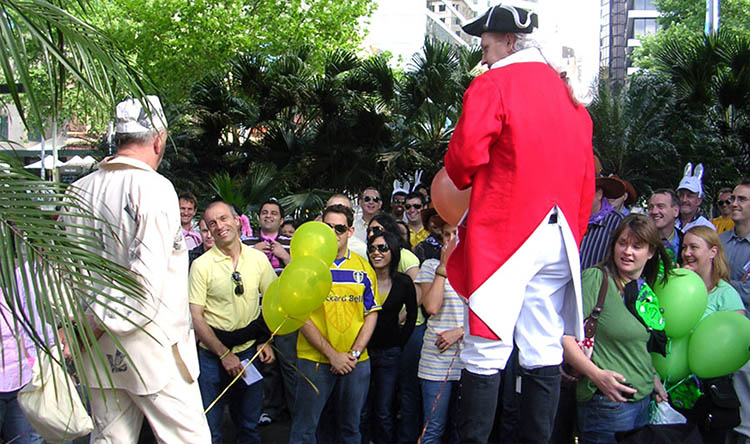 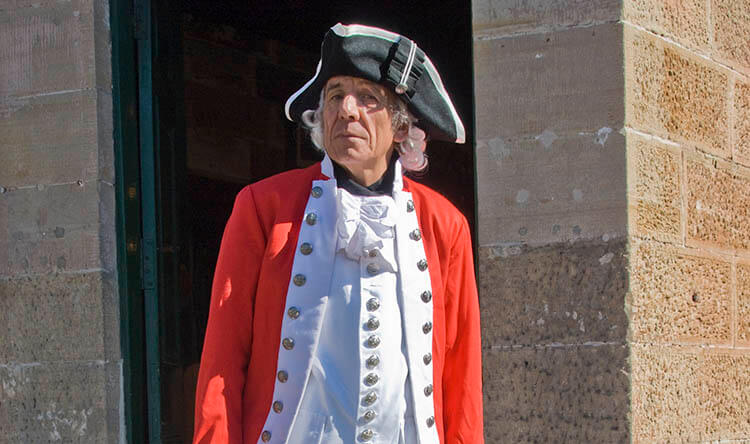 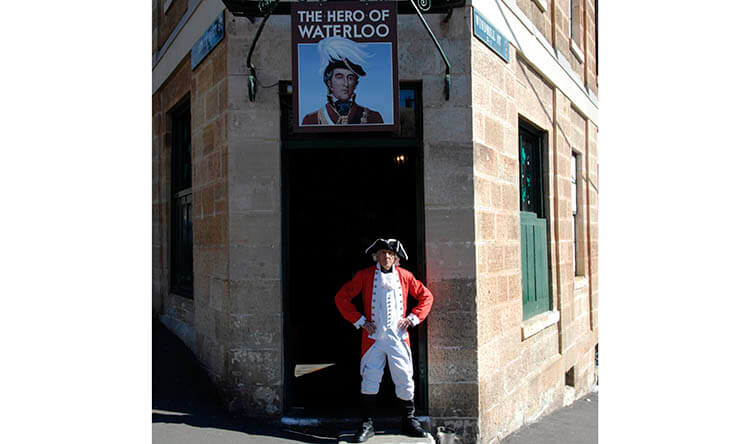 A daytime team building tour of The Rocks is great fun, encourages people to creatively interact, and introduces participants to some of the early European history of Sydney.

Our events are themed for early European colonialism, and so our master of ceremonies will be appropriately dressed as a British Redcoat soldier. If not for the colourful coat, you’ll know him as the one bellowing out orders in character. He will take the teams into The Rocks, and guide proceedings.

Teams will also be colour coded and you are encouraged to dress in team colours (period dress is also encouraged). Your mission, led by your team’s Captain, is to outsmart the other teams, gain as many points by stealing, cheating and bribing or doing whatever it takes to find the hidden clues to the BIG SCORE. The group will find their way around the narrow laneways of The Rocks and learn of its dark history by solving cryptic questions.

In the modern city it’s easy to forget that a large proportion of the early European settlers were convicts (though whether stealing a loaf of bread in order to survive is tantamount to theft, is another question). With bonus points along the way, it’s a great game for building your team and boosting morale.

At the conclusion of the event winners will be rewarded and losers punished. Traditional colonial means of punishment may or may not be employed!

The Team Building event is a two hour day tour and operates seven days a week. Starting times are arranged at the time of booking. This tour caters for all levels of fitness.

The tour concludes with a presentation of great prizes.

The Daytime Redcoat Team Building tours can be tailored to your special requirements and to suit all occasions.