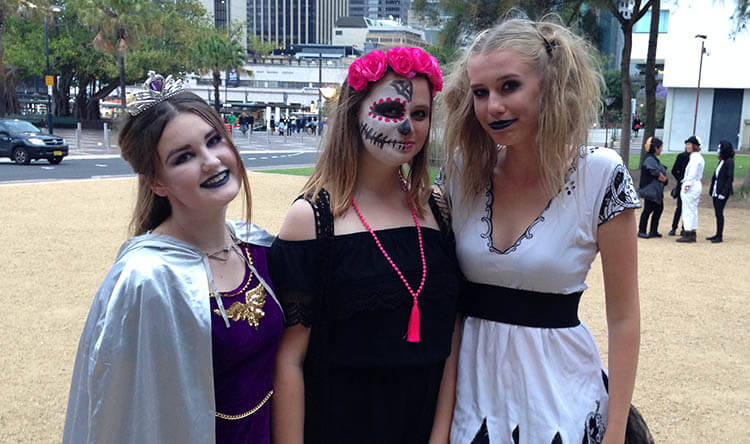 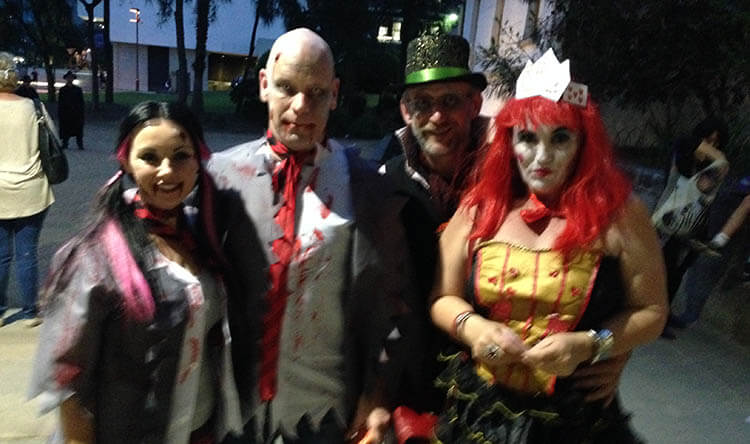 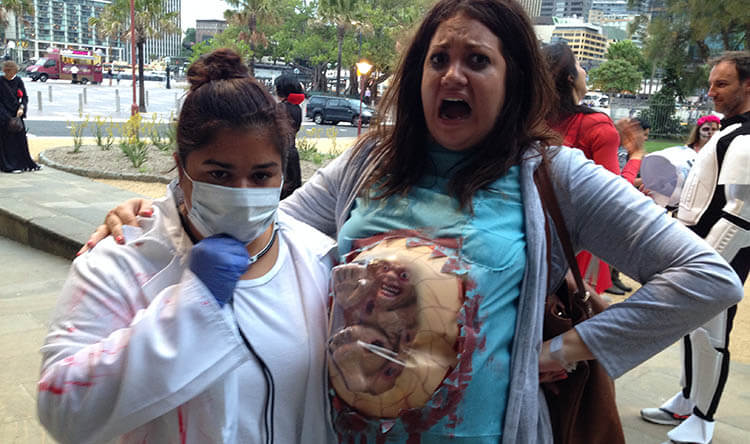 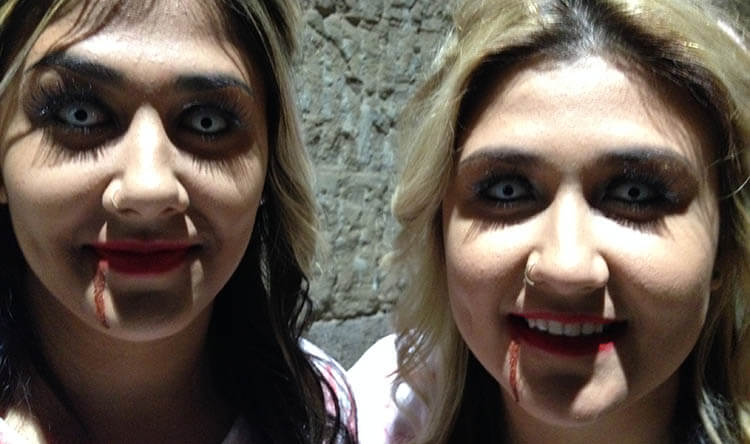 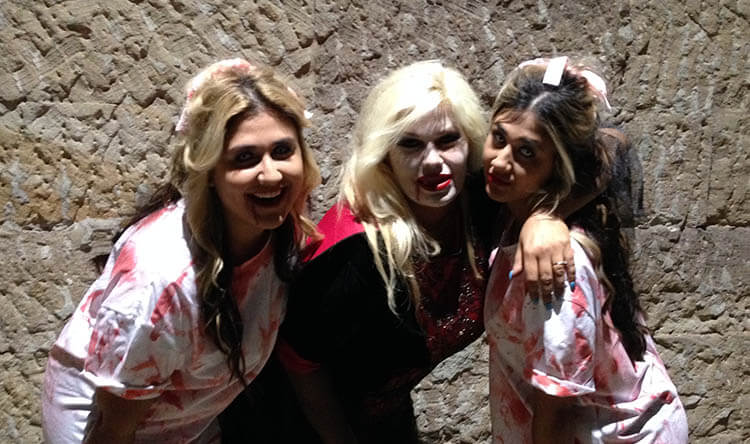 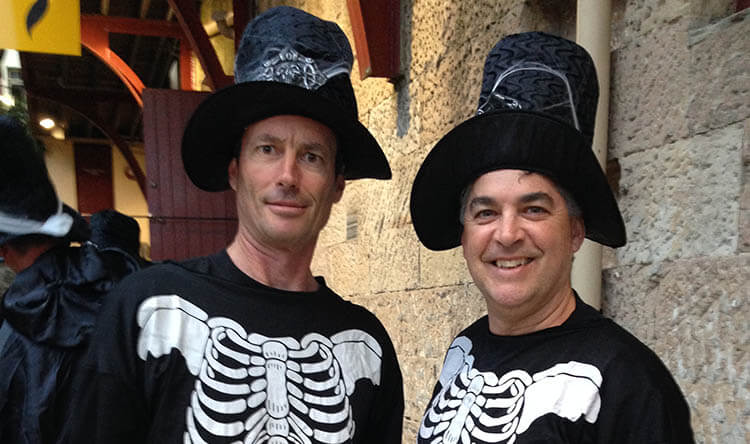 On halloween The Rocks comes alive with… the dead!

Join us for a halloween ghost tour you’ll never forget. Halloween is a special time for The Rocks Ghost Tours. While we run nightly ghost tours throughout the year, October the 31st is more like Christmas for the dead!

If you were going to pick just one night in a year to join our ghost tours, halloween could well be it! On this one night it can be difficult to distinguish between the living and the dead. We greatly encourage participants to dress up as their most grisly zombie, howling ghost, rattling skeleton or cackling witch.

As the sun sets on October 31 the veils between our world and the afterworld thin and dissolve. Will the dead rise? Will they seek redemption, forgiveness, or do they just want to party?

In the ruins of Windmill Lane, will the ghost of Amelia show herself to you? What about the cellar of Savannah Place? Who was found buried here? Will the Captain of Lower Fort Street be heard trudging his weary gait?

Join us to understand these mysteries and more.

The Rocks is known as one of Sydney’s most haunted areas at the best of times, but on Halloween the paranormal often becomes even more pronounced. In addition, sometimes it can be hard to tell the difference between the dead and the living. For a different, yet entirely appropriate halloween haunted tours event in Sydney, contact us now!

Just beware: do not feed the zombies!

At the conclusion of the event winners will be rewarded and losers punished. Traditional colonial means of punishment may or may not be employed!

The tour commences in the on the lower forecourt of Cadman’s Cottage. 110 George Street The Rocks

The Rocks Halloween Ghost Tours can be tailored to your special requirements and to suit all occasions.